MIAMI, Florida. Mother Jones reports that criticism from loved ones can lead to increased illness. According to researchers, people who are criticized might have a tougher time recovering from depression, schizophrenia, and other brain conditions. Being around a non-critical family member or even a stranger can make it more likely that a person suffering from these conditions will recover. So, what does this mean for individuals divorcing critical spouses, or for individuals who want to protect their children from a critical spouse? 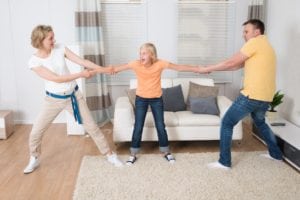 One of the concerns with divorce is determining when criticism crosses the line into verbal abuse. This can be difficult because when parents disagree about discipline, one parent’s criticism of a child’s failure to do homework or failure clean his room might be another parent’s idea of verbal abuse. What could be considered crossing the line? According to Mother Jones, physical abuse should not be tolerated, nor should verbal criticism that includes shouting, cursing, or humiliating the child. Other kinds of verbal abuse, according to Psychology Today include discounting or countering the other person’s feelings. Name calling is another kind of verbal abuse. Finally, denial of the truth is abusive because it involves a person’s inability to acknowledge or apologize for bad behavior.

At the same time, critical feedback can be essential to helping a child grow and understand expectations. Researchers have found connections between depression, anxiety, ADHD, and substance abuse with an inability in the patient to self-regulate. How do we self-regulate? We do it socially, when we feel empathetic, physical connection with the other people in our lives. So, parents who need to discipline their children are advised to do so with empathy and with a hug. Rather than putting children in a time out, hug them and set limits. Parents can also offer guidance to the child to help them deal with frustration. So, a toddler who is mad, might be encouraged to focus his energies on exercise, and a teen who lost iPhone privileges might have a conversation with his or her parent about how to earn those privileges back.

If you are getting divorced, it is normal to want to protect your children from what you perceive as a verbally abusive spouse. When considering protective measures, it is important to consider some important issues. For example, if your spouse is verbally abusive toward you, but has shown no signs of similar critical behavior towards your children, the courts will usually see the children’s right to enjoy a relationship with both parents as the most important thing. However, if you believe that your former partner’s actions might have an impact on your child’s mental or emotional health, it may be wise to speak up. Sandy B. Becher, P.A. are divorce attorneys in Miami, Florida who work with families going through divorce. We can help you understand your rights, review your situation, and help you chart the best course forward that is in the best interests of your children and family. Visit us at https://sandybecher.com/ to learn more.