MIAMI, Florida. When the Supreme Court ruled that the Constitution guarantees same-sex couples the right to marry, it also conferred important child custody rights to same-sex married couples. Prior to the ruling, same sex couples who wanted to enjoy shared custody would either have to both adopt a child or find some way to ensure that both of their names were on a child’s birth certificate. In states that didn’t recognize gay marriage, both of these situations posed legal challenges. When the Supreme Court made its ruling on same sex marriage, the law of the land made it easier for same-sex couples to raise children together without both parents having to face the additional burden of a dual adoption. 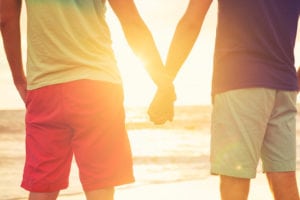 However, same sex couples can still face child custody issues should they choose to get divorced. Some same sex couples use donor eggs, sperm, or both, to have a child. According to Time, when same sex couples use a sperm donor, there is legal precedent that indicates that the donor could have parental rights. In some states, this could create a situation where three parties interested in the child might simultaneously seek custody. A judge in Mississippi recently ruled that the anonymous sperm donor that fathered the child had legal custody of a child, not the mother who raised him, though she had no biological role in the conception. This case is raising serious questions for gay marriage advocates and for advocates for in vitro fertilization.

The court case could have serious implications for the rights of same sex couples and for the rights of sperm and egg donors. It could also have implications for heterosexual couples who use sperm donors or egg donors to conceive. According to U.S. News & World Report, the current case before the Mississippi Supreme Court is being closely watched by gay rights groups and by groups that support in vitro fertilization.

If you are getting divorced in Miami, Florida, it is important to understand your rights under the law. Sandy B. Becher, P.A. are family lawyers in Miami, Florida who work closely with diverse families to help them see the best possible outcome under the law for their divorce cases. Visit our firm’s website at https://sandybecher.com/ today to learn more.